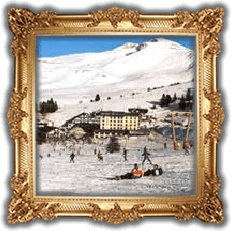 Uludag or Mount Olimpos is in Bursa’s city borders and with its height about 2,543 m. İt is one of the winter sports center of Turkey. Uludag, being an old volcano, is the highest mountain of Marmara Region. 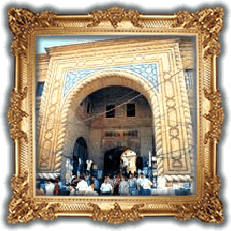 Koza Han, placed between Ulu Cami and Orhan Cami in Bursa, was built in 1941. II. Bayezid made it built to one of the architects of that time, Abdül ula bin Pulat Şah as a foundation to his works in Istanbul. Kozahan was a place before where silkworms’ cocoon was sold. Silk Fabrics made of cocoons were played the first roles of Bursa’s being a centre of textile. 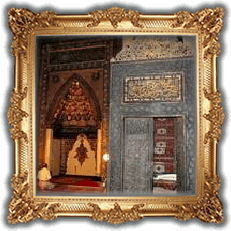 It is in the centre of Bursa, on the Atatürk Street. It is accepted as the most classical and monumental example of myriapod mosque. It was built by I. Bayezid between the yeas 1396-1400. Rectangle planned mosque, is almost 5000 m2 in size and it is covered with 20 domes. The domes which are in octagonal taboret, are lined up in groups of five in straight angle to the wall of shrine. 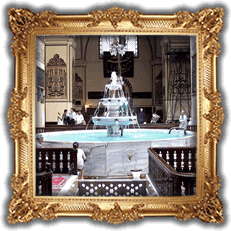 According to a rumour, some places were required to condemnate to build Ulu Cami. The place of fountain was belonged to a Jewish woman. The woman who didn’t want to give the land, saw a dream, running all people to the same direction. She asked where they are going. All said “to the paradise!”. She also wanted to run but she was prevented because she didn’t give the land. Impressed by that dream, the woman gave the land the next day with the condition of building a fountain. 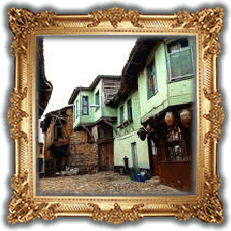 It is one of the 5 Kızık village in Uludag’s South foot. Its foundation was about in 1300 years. It was established as a fund, the history was preserved well and the examples of civil architect of early Ottoman succeded to come to the present day. Because of that it became a settlement place which is visited and attracted attention. 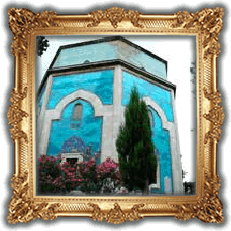 It was built in 1421 by Çelebi Sultan Mehmet the son of Yıldırım Bayezid. Its architect is Hacı Ivaz Paşa. It is a symbol of Bursa and can be seen from every part of the city. I. Mehmet Çelebi was made it built when he was healthy but he died after 40 days. 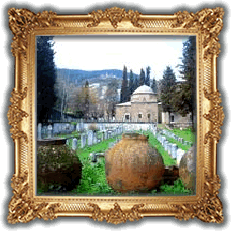 It was the last building adjacent to a mosque by Sultans of Ottoman in Bursa. It was built by Sultan 2. Murat between the years 1425-1426. And it gave its name to the place that it settled. The building consists of 12 tomb: mosque, Turkish bath, madrasah, cultivation and other buildings. 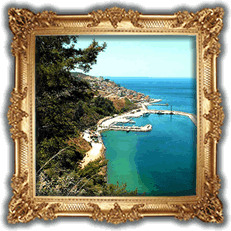 Trilye is a small village in South Marmara. For ones who come from Istanbul, the easiest way is getting on the ferryboat to Mudanya. Then it was so easy to arrive Trilye by minibuses which take out half-hourly. Together with seaway, from Istanbul to Trilye it is 135 km.

There are some rumours about Trilye’s name. One of them is it means Dear in Greek. The other one is it means red mullet (trigliya). Actually, the village named “Zeytinbağı” in the term of republic. But commonly it was used as Trilye.

Because of that Trilye is a protected area, it hasn’t lost its naturality. The image of today and 1920s are almost the same. Trilye and its surroundings are open to settlement since the antique age. So, in every step you meet a historical work. Even some of them stayed in villagers’ gardens. Like Hasan’s garden who is a seller of olives.

But there is no Greek poerson in Trilye now. In Greece, there is the village with the same name. People living in Trilye, come to the village on touristic purpose. Therefore, the villages in Turkey and in Greek were announced as sister villages.